What Krill Oil Can Do For You

Krill are oceanic omega-3 powerhouses. Omega-3s are essential fatty acids utilized by multiple systems in your body. “Essential” means your body can’t produce them on its own, so you have to ingest them from food or a supplement. Omega-3s can be found in both fish and seeds but it’s important to make sure you are getting them from the right source.

Foods like flax, pumpkin seeds, and walnuts contain the omega-3, ALA (alpha linolenic acid). But this is not the only omega-3 you’re looking for. Your body does best with EPA (eicosapentaenoic acid) and DHA (docosahexaenoic acid). ALA can convert to DHA, but at an extremely low rate – about 5%. It is mostly animal sources like fish and krill that contain DHA and EPA.

Krill is a tiny organism harvested from icy cold waters of the Antarctic – far from industrial contamination. Their short lifespans, combined with the pristine environment from which they are harvested, ensure that krill have far less potential for toxins and contamination. 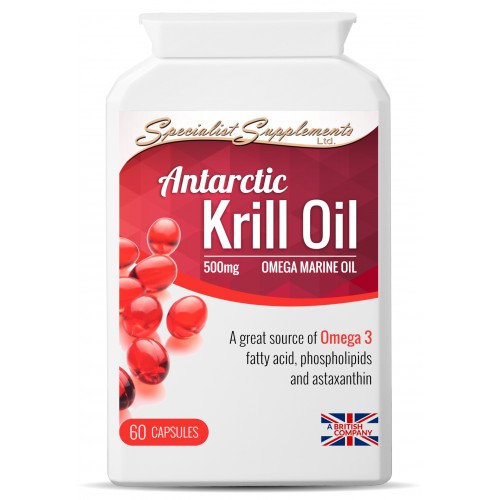 Eating seafood regularly is a good way to ensure you are getting EPA and DHA, however it comes with certain risks. Unfortunately due to contamination of many of our oceans, the longer the lifespan of the fish, the higher the potential for amounts of mercury, PCBs, and pesticides that accumulate in their tissue. This makes supplementing with krill an ideal choice. 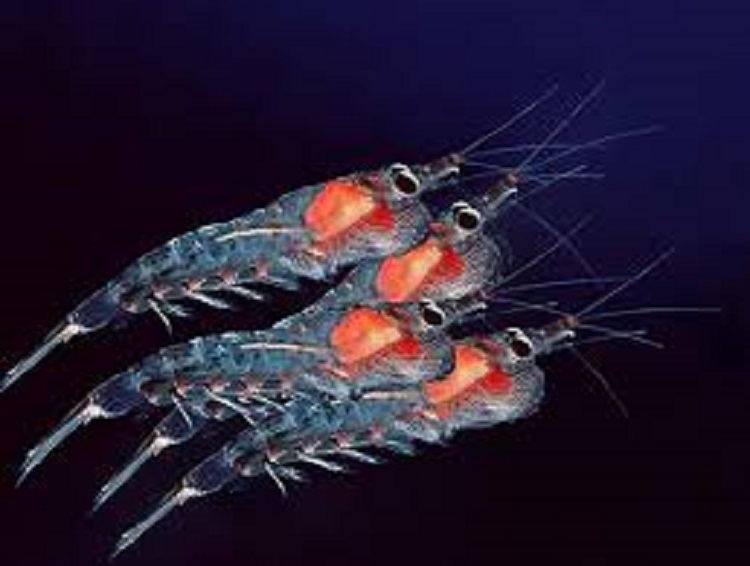 Krill (Euphausia superba) is a natural source of high concentration omega 3 oil, the powerful antioxidant astaxanthin, as well as high levels of phospholipids – a fundamental component of human cell membranes.

Krill oil is used for the same reasons as cod liver oil, flax oil and other omega 3 fatty acids, but is often favoured because it does not cause fishy burps or an after-taste – a common side effect of fish oil.

The fact that it contains astaxanthin is also unique. The ultimate antioxidant – researchers have found that it may be more powerful than vitamin E, beta-carotene and lutein. It can also enhance the action of other antioxidants, such as vitamin E and C.

Our krill oil is a high-strength formula (500mg), provided in an easy-to-swallow marine gel capsule form. It is sourced exclusively from sustainable fisheries in the Antarctic, through our partners Aker BioMarine™ who work with World Wildlife Foundation Norway to ensure sustainable krill harvesting.

Krill oil is being studied as a natural remedy for high cholesterol and is thought to boost levels of HDL or “good” cholesterol and reduce the harmful effects of LDL or “bad”  cholesterol significantly. Combined with the omega-3 fatty acids naturally present in it and its anti-inflammatory properties, krill oil can act to reduce the risk of heart attacks  and support the cardiovascular system.

It helps to:
Order Here

Antioxidants protect our bodies’ cells from damage by free radicals – unstable substances that are thought to contribute to certain chronic diseases and the ageing process.
Krill oil has an extraordinary oxygen radical absorbance (ORAC) capacity and the antioxidant properties are over 40 times more
powerful than those of fish oil. The EPA part of the phospholipids in krill oil contains the antioxidant astaxanthin .
The algae that krill eat produces the bright red pigment  astaxanthin, which gives them and other crustaceans (such as lobsters and shrimp) their reddish-pink colour.
Order Here

Unlike many other antioxidants, astaxanthin crosses the  blood-brain barrier, where it can protect the eye, brain and central nervous system from free radical damage. It can also protect your skin against the harmful effects of UV  rays and the reduction of collagen, among other things.

Other Benefits of Using Krill Oil

Taking krill oil supplements can have very beneficial effects on the health and well-being of women. In particular, it can alleviate the symptoms of dysmenorrhoea (a  gynaecological medical condition characterised by severe uterine pain during menstruation), as well as the emotional symptoms of premenstrual syndrome (PMS).

Krill oil demonstrates significant anti-inflammatory properties and it can help to reduce chronic inflammation, such as rheumatoid arthritis and other joint pains. It is thought  that this is because krill oil acts by inhibiting inflammatory mediators like thromboxane, prostacyclin and leukotrienes produced by cells in response to inflammation.

Krill oil can promote weight loss by controlling blood sugar levels and lowering high cholesterol. The omega-3 unsaturated fatty acids contained within it are considered  likely to support a phenomenon known as “fuel partitioning” (the storage of glucose as glycogen in muscle), while at the same time diverting fatty acids away from fat  synthesis and into oxidative pathways. In other words, omega-3 fatty acids stimulate the use of fatty acids as fuel instead of in fat deposition (i.e. krill oil can help burn fat).